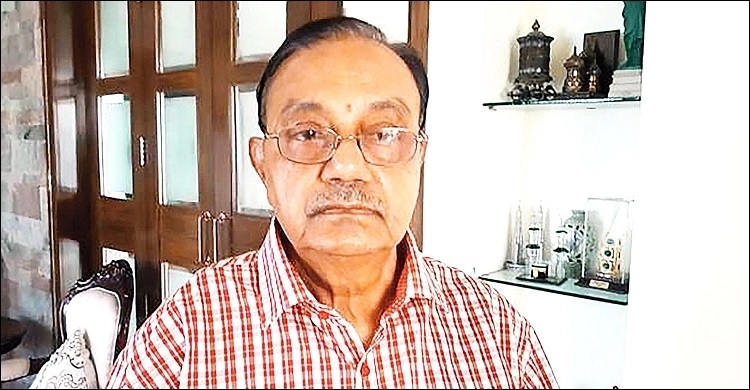 He breathed his last at the capital`s United Hospital on Saturday at 1.30pm.

He will be laid to rest at Banani graveyard in the capital on Sunday following his Namaz-e-Janaza after Zohr prayers.

Earlier, he was admitted to the hospital after his oxygen level dropped.

According to his family sources, the senior journalist was infected with Covid-19 several days ago.

Journalist Reazuddin Ahmed, the editor of The Financial Herald, was survived by his wife, a son, a daughter, grandchildren, and a host of relatives and admirers.

Dhaka Reporters` Unity (DRU, in a statement, expressed deep grief and sorrow over the death of Reazuddin Ahmed, chairman of DRU Election Commission.

In a condolence message on behalf of the DRU Executive Committee, DRU President Nazrul Islam Mithu and General Secretary Nurul Islam Hasib prayed for the salvation of the soul of the deceased and conveyed their deepest condolences to the bereaved family members.

Reazuddin Ahmed, the former editor of The Financial Express and News Today, received the Ekushey Padak in 1993 for his contribution to journalism.

He was also the former president of the Bangladesh Federal Union of Journalists (BFUJ).