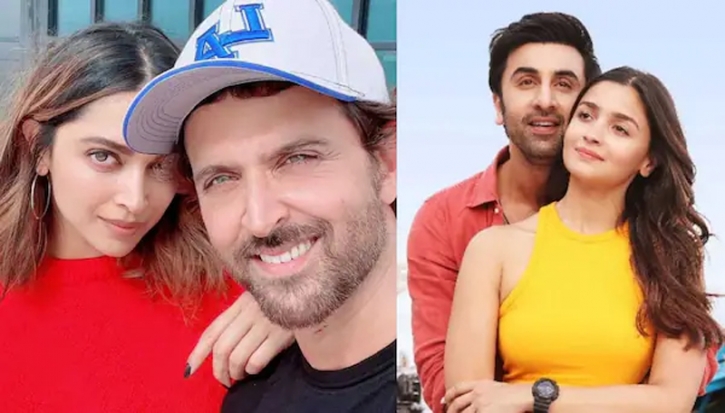 As Ranbir Kapoor and Alia Bhatt gear up for the release of "Brahmastra", director of the film, Ayan Mukerji, is on the lookout for his 'MahaDev' and 'Parvathy' for the movie's sequel. It is rumoured that the director has offered the roles to two of Bollywood's hottest superstars—Hrithik Roshan and Deepika Padukone. According to the rumours, Ayan Mukerji visited Hrithik Roshan's house last month and offered him the role of the mighty 'MahaDev'. However, Hrithik is yet to make any decision regarding the film.
On the other hand, Ayan and his team have already talked with Deepika Padukone, who is reportedly keen on playing the role of 'Parvati' alongside the "Krrish" star. In terms of his upcoming work schedule, Hrithik Roshan seems to be quite busy with the shooting for "Krrish 4", "War 2" and "Ramayana" for the next 4 years.