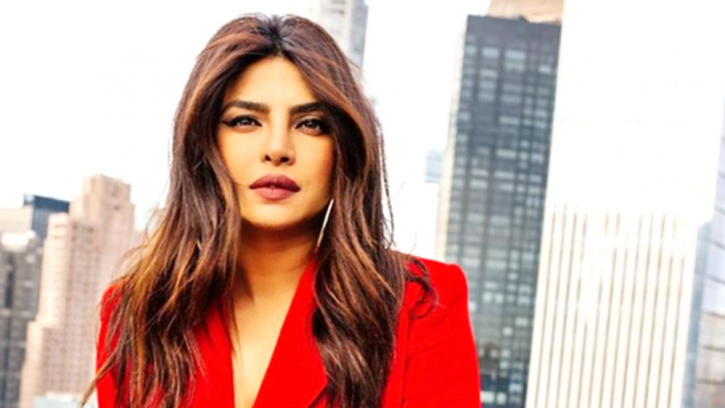 Entertainment Desk
Priyanka Chopra, who is also a UNICEF goodwill ambassador, has shared a video from her time in Poland where she met the Ukrainian refugees who were forced to flee Ukraine amid the Russian invasion.
She spent time with women and kids and shared the details of the largest human displacement crisis in the world on social media.
Priyanka played around with young Ukrainian children, did fun activities like drawing and painting. She was handed over some handmade dolls which the kids claimed were named after her. She also talked to women about their experiences and got emotional listening to a woman talking about her family member who couldn't join them in Poland.
Sharing a video on Instagram, she wrote, "The invisible wounds of war are the ones we don't usually see on the news. Yet, they were so evident to me today as started day 1 of my @unicef mission in Warsaw. 2/3 of Children from Ukraine have been displaced (internally and externally). This HUGE number is the devastating reality of a war where 90% of the people crossing the border are women and children.
70% of those who have fled, crossed the border into Poland, and large government supported Reception Centres have been set up to make the transition as easy as possible."
View this post on Instagram
A post shared by Priyanka (@priyankachopra)
She further added, "@unicef responded to this emergency by setting up Blue Dot Centres in 11 locations across Poland and 37 across the region together with @refugees. The Blue Dot Centers play a very necessary role, and in many ways are a rare safe haven for women and especially the children. They offer so much…. Access to important, relevant information, mental health support, providing mother and baby areas to allow them much needed privacy, and play areas, which are so critical for kids who come from conflict situations to be able to feel a sense of normalcy. It is predominantly staffed by Ukrainians including many who have also fled the war themselves."
Priyanka will next be seen in her debut web series, Citadel. It is produced by the Russo Brothers. She also has Hollywood films like Ending Things and It's All Coming Back To Me in the pipeline and has signed Farhan Akhtar's Jee Le Zaraa with Katrina Kaif and Alia Bhatt.