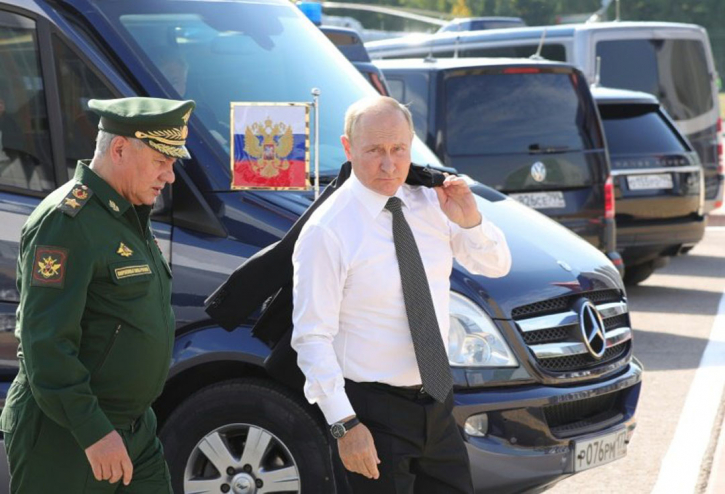 Russian President Vladimir Putin on Monday promoted Russian weapons to his foreign allies, saying they had all been tested on the field of battle.

"We are ready to offer allies and partners the most modern types of weapons -- from small arms to armoured vehicles and artillery, combat aircraft and unmanned aerial vehicles," Putin said in televised remarks at the opening of a military forum outside Moscow.

He said Russian weapons are valued by military professionals for their "reliability, quality and most importantly -- high efficiency".

"Almost all of them have been used in real combat operations more than once," he added.

Putin also praised Russia's "many" allies as the country finds itself increasingly isolated since the start of the military intervention in neighbouring Ukraine.

Washington and Brussels have hit Moscow with a barrage of crippling sanctions, pushing Putin to seek new markets and strengthen ties with nations in Africa and Asia.

"We highly appreciate that our country has many allies, partners and like-minded people on different continents. These are states that do not bend before the so-called hegemon," Putin said.
He added that Russia "cherishes historically strong, friendly, truly trusting ties" with countries of Latin America, Asia and Africa.

Russia is the second largest arms exporter in the world after the United States, according to the Stockholm International Peace Research Institute (SPIRI), but in recent years its export figures have been steadily declining.

However, the head of state-owned defence conglomerate Rostec, Sergei Chemezov, said Monday that the military actions in Ukraine have not affected arms exports.

"This year we have already signed contracts with foreign customers worth over one trillion rubles ($16 billion). This figure exceeds some annual figures for the past 10 years," Chemezov said at the forum as cited by Russian news agencies.

Meanwhile, Dmitry Shugaev, director of the Federal Military-Technical Cooperation Service (FSVTS), said that the Russian Federation’s portfolio of export arms orders reached $57 billion after the signing of contracts for $16 billion in 2022.

In the past years, Russia has maintained a portfolio of export orders exceeding $50 billion.

“More than $16 billion of new contracts were signed in the first half of this year, making the current portfolio level of $57 billion,” Shugaev said.