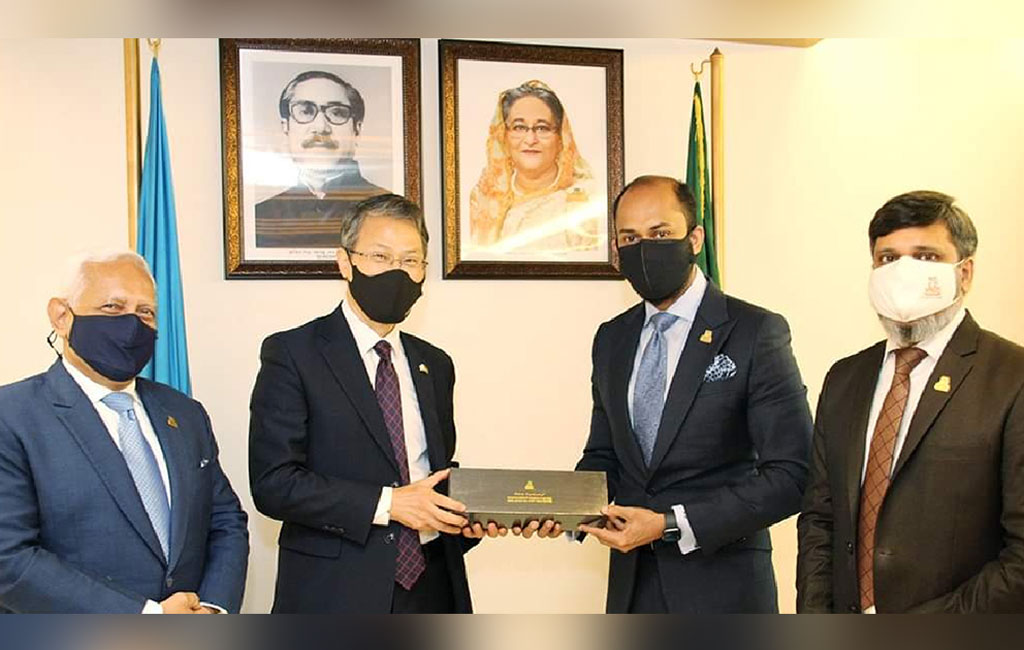 Diplomatic Correspondent
South Korean Ambassador to Bangladesh Lee Jang-Keun Thursday suggested Bangladesh explore a free trade agreement (FTA) with his country after the South Asian country graduates from the club of least developed countries (LDCs).
South Korea already has FTAs with around 70 countries, including China, the Association of Southeast Asian Nations, and Europe, he said. "Also, Bangladesh and Korea have close trade ties."
The East Asian nation is the fifth-largest source of FDI for Bangladesh, and most of the investments come from the manufacturing sector. Some 93% of Bangladeshi products get duty and quota-free market access in South Korea. However, there is a huge potential for South Korean nationals to invest in the pharmaceutical and ICT sectors in Bangladesh, the ambassador said.
Also, for more export competitiveness, he suggested improving product diversification.
The ambassador identified business to business contacts, exchange of delegations, and chamber to chamber interactions crucial for increasing bilateral trade and narrowing the trade gap.
The South Korean ambassador met with Rizwan Rahman, president of the Dhaka Chamber of Commerce and Industry (DCCI), yesterday and discussed trade and investment cooperation between the two countries.

Plantation of trees in police lines on Sheikh Hasina’s birthday

Bio-Bank to open up new horizon of possibilities in medical research in Bangladesh: Discussants