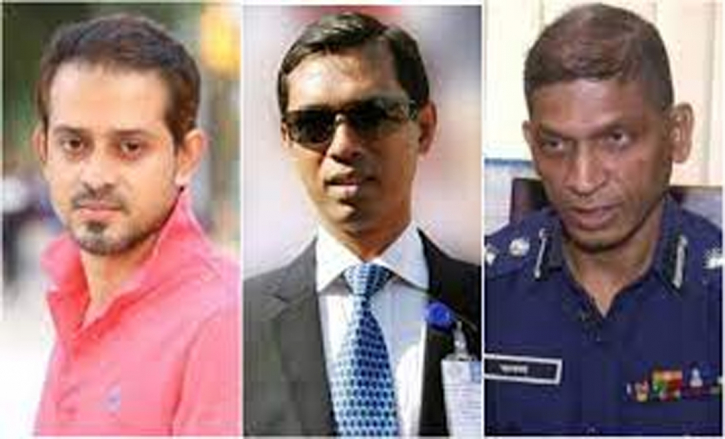 Police Bureau of Investigation (PBI) Chief Banaj Kumar Majumdar on Tuesday filed a case accusing four  people including former Superintendent of Police (SP) Babul Akhter on charge for making an ongoing investigation questionable, spreading false information and throwing abusive words.
Banaj Kumar, also an additional inspector general of police, lodged the case at Dhanmondi police station.
The accused in the case are US expatriate and Youtuber Elias Hossain, Babul’s father Md Abdul Wadud Mia, brother Md Habibur Rahman Labu, and Babul Akter. Of them, Elias was made the prime accused in the case. In the case the plaintiff alleged that all the accused intentionally spread false information to make objectionable the ongoing investigation of Mahmuda Khatun Mitu murder case through social platforms including Youtube.
Besides, Elias from the US spread misleading information to spoil communal harmony of the country and tarnish the image of PBI, the statement said.
Mentionable, On June 5, 2016, unidentified assailants gunned down Babul's wife Mitu at the port city's GEC intersection while she was going to drop her son Mahir Akhter, 7, for a bus of Chittagong Cantonment Public School and College. Soon after the crime, Babul filed a murder case at Panchlaish Police Station against three unidentified men.
The case was transferred to the Police Bureau Investigation (PBI) in 2019 after Mitu's father, himself a retired police officer, filed a complaint against the CMP's mishandling of the case.
On May 12, 2021, the PBI submitted its final report and arrested Babul Akhter in another case filed by Mitu’s father and since then he has been in prison.
Babul Akhter filed a no-confidence motion against the PBI report on October 14, 2021.
On November 3 last year, a Chattogram Court rejected the final report of PBI in the murder case and ordered it to conduct further investigation.
PBI in an investigation found Babul’s involvement in his wife's murder.
On September 25 this year, a Chattogram court rejected a plea filed by Babul seeking its permission to file a case against six officials of Police Bureau of Investigations (PBI) including its chief Banaj Kumar Majumdar for torturing him in police custody.
The court also rejected two separate petitions for recording statement under Section 200 bringing Babul Akhter to the court and seeking security in Feni prison cell.