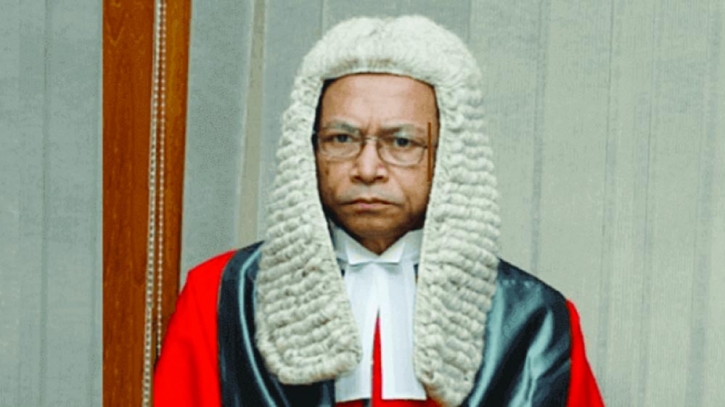 A court here yesterday set April 6 for submitting probe report in a case filed against former Chief Justice Surendra Kumar (SK) Sinha and his brother Ananta Kumar Sinha for allegedly owning a three-storied house in the US bought through laundered money.
Dhaka Metropolitan Sessions Judge Md Asaduzaman passed the order as investigation agency Anti-Corruption Commission (ACC) failed to submit the report today.
The ACC on March 31, 2022, filed the case under sections 4 (2) and 4 (3) of the money laundering prevention act and section 5 (2) of the anti-corruption act.
According to the case documents, Ananta bought the house for his brother at a cost of around Taka 2.40 crore. As the ACC couldn't identify any legal source of the money paid for the home, it believes that the money was earned illegally or laundered from Bangladesh.