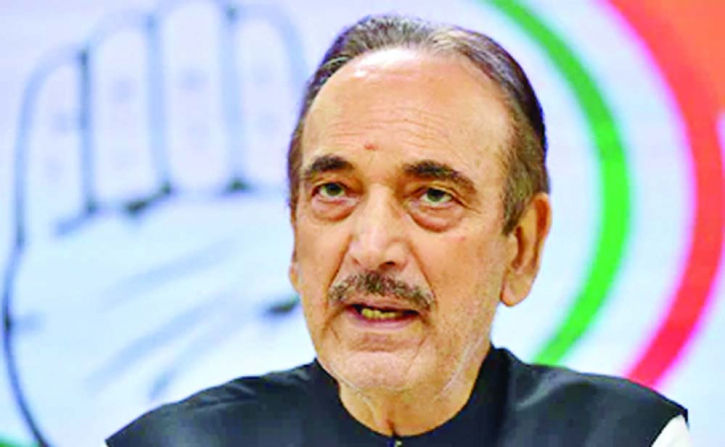 In a big jolt to India's main opposition Congress party, veteran leader Ghulam Nabi Azad quit the grand old political outfit on Friday.
In his five-page resignation letter addressed to interim Congress president Sonia Gandhi,
Azad made a scathing attack on her son -- Rahul -- for his "childish behaviour", "glaring immaturity" and for running the party via a "coterie of inexperienced sycophants". Blaming Rahul for the Congress' defeat in the 2014 general election, the 73-year-old claimed that"the party has now reached a point of no return".
The former federal Minister also came down heavily on a "remote control model" in which important decisions in the party are taken by "Rahul Gandhi or rather worse his security guards and personal assistants".
Azad's abrupt exit comes at a time when the Congress is gearing up for the party's presidential poll and facing an existential crisis in the wake of the departure of several leaders in the past three years.
Azad served as the Minister of Parliamentary Affairs in Prime Minister Manmohan Singh's government until 27 October 2005, when he was appointed as the Chief Minister of Jammu and Kashmir.
He was awarded the Padma Bhushan, India's third highest civilian award, in 2022 by Prime Minister Narendra Modi's government in the field of public affairs.