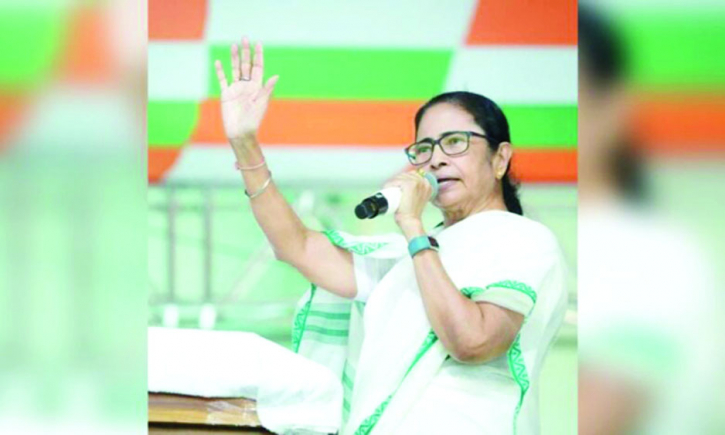 In the midst of corruption allegations against the Trinamool Congress (TMC)-led administration in West Bengal, chief minister of West Bengal of India Mamata Banerjee urged the BJP on Monday to arrest her if they could. Her comments came as senior TMC leaders Partha Chatterjee and Anubrata Mondal were detained in connection with a school jobs scam and an accused livestock smuggling case, respectively.
Banerjee, who was speaking at a rally of her party's student wing in Kolkata, claimed that a vicious campaign had been launched against her. I challenge them to arrest me if they (the BJP) can.
"The BJP is labelling everyone as a thief. They are campaigning as if all of us in the TMC are crooks and only the BJP and its leaders are sacred. "If I hadn't been in politics, I would have ripped out their tongues," she was reported as saying by PTI.
The Bengal chief minister went on to say that the BJP is employing central agencies like the Enforcement Directorate (ED) and the Central Bureau of Investigation (CBI), as well as "ill-gotten money," to destabilise elected non-saffron party governments across the country.

India provides $1m to BIMSTEC to boost its operational budget