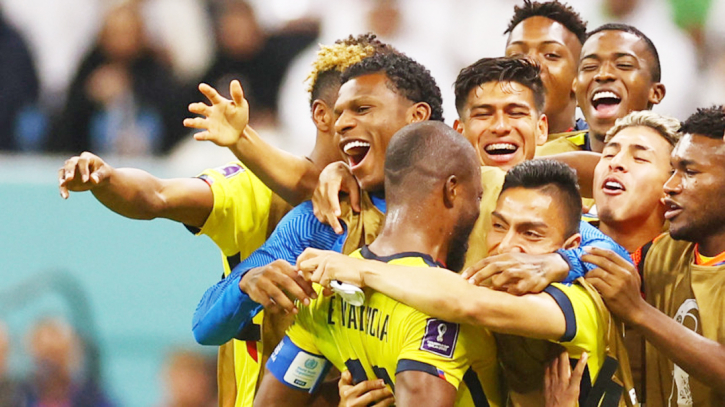 A double strike from striker Enner Valencia in the first half helped Ecuador beat hosts Qatar in the World Cup 2022 opener at the Al Bayt Stadium in Al Khor on Sunday.

The 2-0 victory for Ecuador also meant Qatar made an unwanted record of becoming the first-ever host nation to lose a World Cup opener.
Valencia put Ecuador ahead in the 16th minute from the spot before doubling the lead in 32nd minute when he headed home a cross from Angelo Preciado from the right flank.