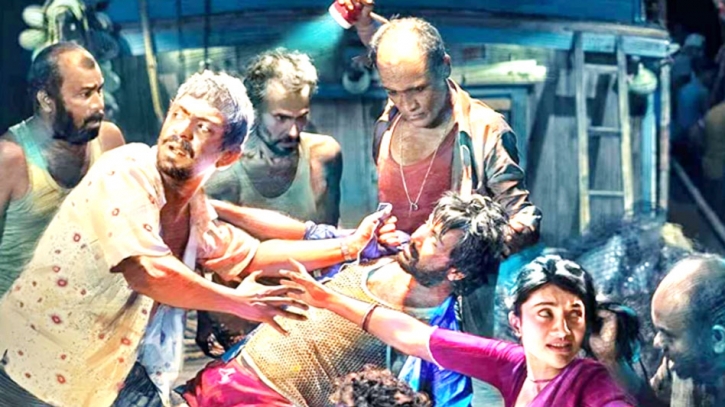 Mezbaur Rahman Sumon's debut film, the highly anticipated 'Hawa', is slated to hit theatres on 29 June, and is already becoming the talk of the town due to the unavailability of tickets all across the country.
From dropping phenomenal songs like 'Shada Shada, Kala Kala' and 'Ei Hawa' to rocking the premises of university campuses with live concerts, "Hawa" has pulled out all the stops to generate buzz for the movie.
According to media reports, 'Hawa' has already broken records in Star Cineplex even before its release. Due to high public demand, Star Cineplex will have 26 screenings of 'Hawa' on its opening day. This is the highest number of simultaneous screenings any film has ever received in Star Cineplex for its opening day.
The film will premiere in 24 cinemas across the country including all branches of Star Cineplex, Blockbuster, Shyamoli Cinema, Modhumita and Lion Cinemas in the capital.