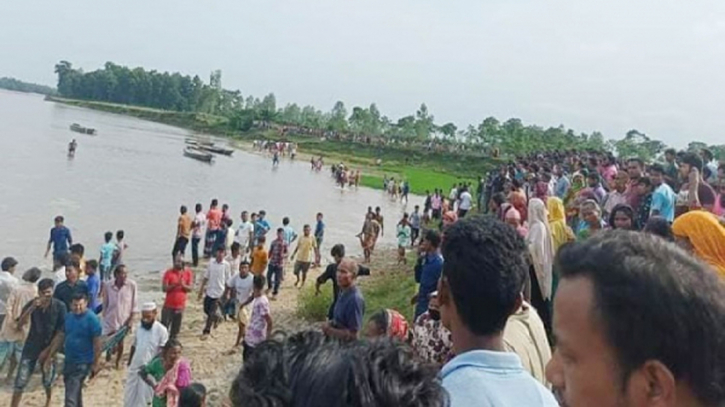 At least 24 people, including children, have died after a trawler filled with Hindu pilgrims capsized in the Karatoa river in Boda upazila of Panchagarh yesterday.
The incident took place on Sunday near the Auliaghat area in Marea union of Boda upazila.
Upazila Nirbahi Officer of Boda upazila Soleman Ali said, so far 16 bodies have been found near Auliaghat. 8 more died in the hospital. A total of 24 people died. Rescue operations are underway," he said.
He also said that some 20-30 passengers of the vessel are still missing. Hindu pilgrims of Boda, Panchpir, Marea and Banghari areas of upazila were going to Bodeswari temple by trawler on the occasion of Mahalaya in the afternoon.
Due to passenger overload, the vessel sank in the middle of Kartoa. Some of them were able to reach the shore by swimming after capsizing.
"Rescue work is underway to recover the bodies and find the missing," said Panchagarh Deputy Commissioner (DC) Md Jahurul Islam.
In Bangladesh, the highest 32 people were killed in a similar water vessel accident in June 2020 when ML Morning Bird trawler sank in the Buriganga River after being hit by a large launch called Mayur 2.
In August of the same year, 17 people died after a boat sank in Madan upazila of Netrakona.