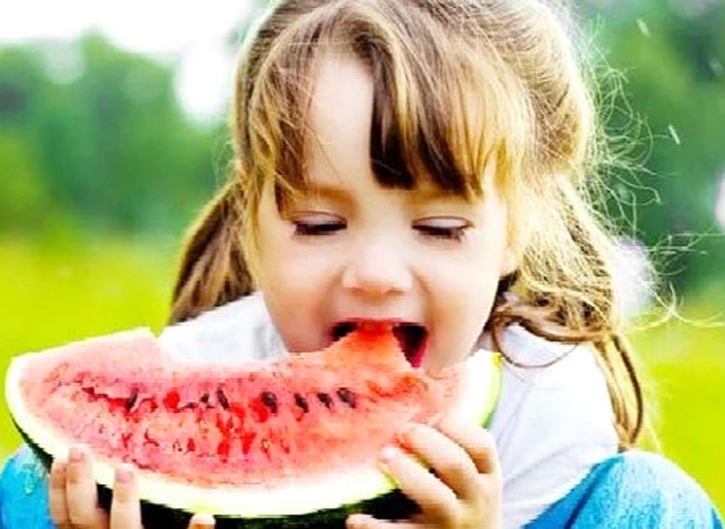 According to a study, kids rate foods they perceive to be natural as having greater levels of taste, safety, and desire than foods they perceive to be manufactured.
Researchers say the tendency in adults to prefer natural food is well documented. However, the latest findings found this food bias exists in early and middle childhood as well. Researchers at the Universities of Edinburgh and Yale studied the preferences of more than 374 adults and children in the United States when presented with apples and orange juice and told of their origins. In one study, 137 children aged six to 10 years old were shown three apples. They were told one was grown on a farm, one was made in a lab, and another grown on a tree inside a lab.The team used questionnaires and statistical models to assess the children's apple preferences in terms of perceived tastiness, perceived safety and desire to eat. Adults took part in the same study to compare age groups.
Both children and adults preferred apples they believed were grown on farms to those grown in labs, researchers found.
Children were more likely to refer to freshness, being outside, or sunlight when considering why they chose the farm apple. Adults were more likely to mention naturalness.
In a second study, 85 children aged five to seven years old and group of 64 adults were shown four different kinds of orange juice -- one described as squeezed on a farm, one with no information about it, one with chemicals allegedly removed and one described as having chemicals added.
Researchers found that the information on the juice's naturalness had a significant effect on its rating. The participants gravitated to the more natural option based on perceived taste, safety and desire to consume.
Both studies showed that age had little effect on the outcome, with children as young as five and as old as ten responding similarly.
Researchers say the findings suggest the belief that natural foodstuffs are good could be established at five-years-old -- and possibly even younger. Matti Wilks of the University of Edinburgh's School of Philosophy, Psychology and Language Sciences, said, "Overall we provide evidence that, at least in the United States, our tendency to prefer natural food is present in childhood. This research offers a first step towards understanding how these preferences are formed, including whether they are socially learned and what drives our tendency to prefer natural things."