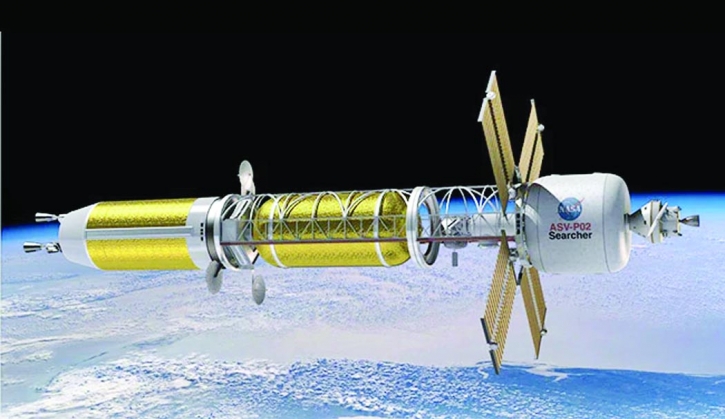 American space agency NASA is planning a faster way of travel to Mars, one that could take astronauts from Earth to the Red planet in just 45 days. In a blog post, NASA gave details about a nuclear propulsion concept that will make this possible. The Nuclear Thermal and Nuclear Electric Propulsion (NTP/NEP) concept is a new class of bimodal nuclear propulsion system that uses a "wave rotor topping cycle," as per a NASA blog post. It added that NTP/NEP will revolutionise the deep space exploration of our solar system.
NASA selected the nuclear propulsion concept as part of its Innovative Advanced Concepts (NIAC) program for 2023.
The agency's blog post has been written by Professor Ryan Gosse, who put forward the concept for travelling at high speed to Mars. He is the Hypersonics Program Area Lead at the University of Florida and a member of the Florida Applied Research in Engineering (FLARE) team.
According to the American space agency, NTP is one technology that can provide high thrust and double the propellant efficiency of chemical rockets, making it a viable option for crewed missions to Mars.
It consists of a nuclear reactor heating a liquid hydrogen propellant, which turns it into ionised hydrogen gas that is channeled through nozzles to generate thrust.
NASA said NTP has been on its radar for more than 60 years. It can allow for more flexible abort scenarios, allowing crew to return to Earth at multiple times, if needed.
The NEP, meanwhile, uses propellants much more efficiently than chemical rockets but provide a low amount of thrust. This type of propulsion uses a reactor to generate electricity that positively charges gas propellants like xenon or krypton, pushing the ions out through a thruster, which drives the spacecraft forward.
The benefit of NEP is that its low thrust efficiently accelerates spacecraft for extended periods.