Covid-19 impact: A shrinking middle-class and the `new poor` 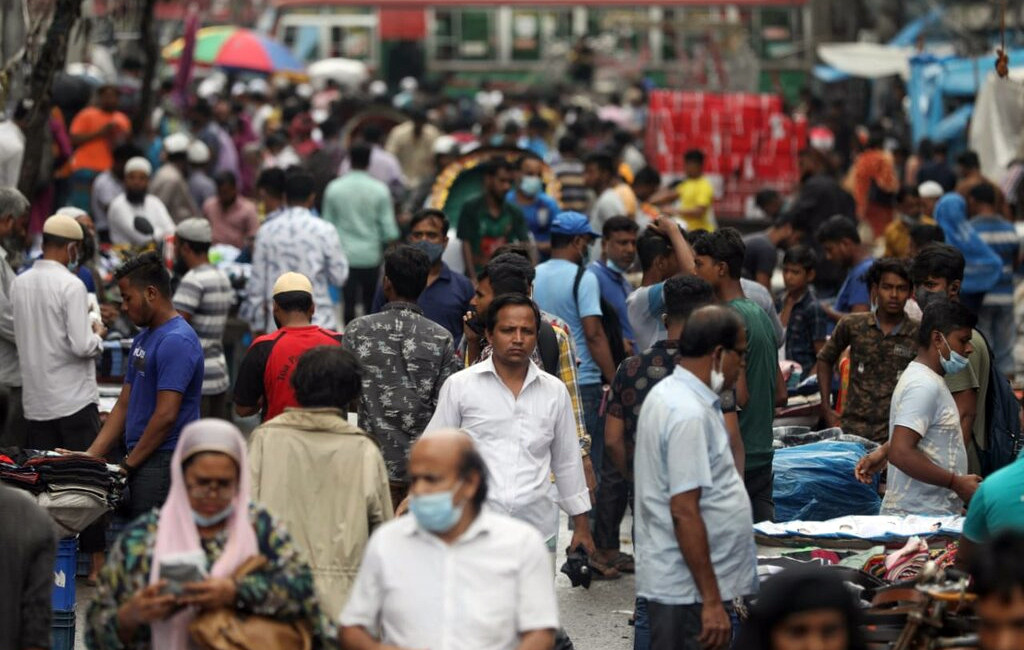 SAT Desk
The pandemic has had a damaging impact on both urban and rural Bangladesh -- while many lost their jobs in cities and returned to their native villages, households after households plunged into poverty in the countryside.
Since the imposition of the first lockdown in 2020, closures of small businesses like grocery shops in the rural and semi-rural areas have meant less income available for families. Covid-induced supply chain disruptions reduced farm outputs, hitting hard the farmers and those running agri enterprises.
In fact, for many households in Bangladesh, Covid wiped out their entire life savings -- many tucked into their financial cushion to ensure two square meals a day for their families and cover the basic healthcare expenses. The financial aid by the government indeed helped, but helped a little only.
As health experts warn of an imminent third wave of Covid, economists say that a large chunk of small traders across rural Bangladesh and the erstwhile middle-class (who migrated back from cities) have been hit hard by the pandemic-induced liquidity crunch.
According to Prof Mustafizur Rahman of the Centre for Policy Dialogue, a large portion of the population above the poverty line in rural Bangladesh -- the middle-class -- has fallen below the economic marker. "They are now among the marginalised population or the `new poor`," he said.
In Bangladesh before the pandemic, an estimated 20% of people were below the poverty line. "Though this figure is never a constant one, it has increased substantially post-pandemic," he said.
"It is true that the post-June economy has shown signs of recovery, but the pandemic`s contribution -- the new poor -- and those already below the poverty line are finding it hard to get over the economic consequences, particularly in the countryside," Prof Mustafizur said.
In the absence of any up-to-date data, determining the exact value of this population is quite complex, but conservative estimates peg it at 15% or about 2.5 crore, according to him. Among the new poor are former farm, industry and construction workers, who had regular jobs and income opportunities.
"Low-income employees working in the private sector and the lower middle class belong to this new poor population," Prof Mustafiz said. "Many of them have lost their abilities to start afresh or pay for their children`s education, given that they`ve exhausted their financial cushion during the pandemic."
According to the economists, if the incentive package implementation is expedited effectively, some of the sufferers will be able to overcome their miserable situation as businesses will re-activate with the help of loans -- they will be able to hire workers and pay wages.
However, the potential for job creation in these incentive packages is limited. According to a recent study conducted by the Centre for Policy Dialogue, "it is possible to reach only 8-12% of the labour market directly and indirectly".
Though the government provided a cash incentive of Tk 2,500 to 50 lakh families, the new poor were not included in that list.
Profe Abul Barkat, president of the Bangladesh Economic Association (BEA), said that the government can support the poor, including the new poor, by providing Tk2-Tk5 lakh loan to start a new business to sustain their livelihoods.
"Urban people who have migrated back to villages, creating a pressure on the rural economy, may trigger discrimination in the society, which could be a threat to social harmony and peace," he said.