‘Reforms can be initiated reviewing US report on RAB’ 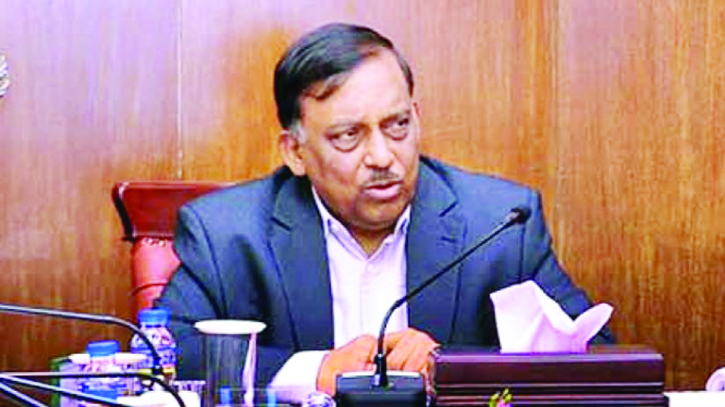 Home Minister Asaduzzaman Khan Kamal yesterday said that reforms can be initiated after reviewing the US report on Rapid Action Battalion (Rab).
He made the comment in response to reporters’ questions after a program in a Dhaka hotel.
The home minister said, “Reforms – that you speak of – we are doing all the time. We are modernizing everything. We are doing what needs to be done.”
“Rab is an elite force; we give them special tasks from time to time. Rab works according to its policy,” he said. Neither Rab, nor the police go unpunished if they commit punishable offence, the minister said. “Many police and Rab personnel are in jail. We are not exempting anyone,” he added.
The home minister also said, “We are going over the US report. If there’s any mistake, I will definitely look into it.” US Ambassador to Bangladesh Peter Haas, at a Dhaka event last Thursday, said that there has been no change in their position regarding the sanction on Rab. Haas said the sanction will remain in place until accountability and reforms are ensured.
On Saturday, newly-appointed Director General of Rapid Action Battalion (Rab), M Khurshid Hossain, said that there was no question of reforming the elite force, which has been credited in dealing with militancy and serious crimes in recent years.
“We are not doing anything for which reform is needed. We are working according to rules defined for us. We do not do anything in violation of law. In that case, there is no question of reforms,” he told reporters while paying tribute to the portrait of Bangabandhu Sheikh Mujibur Rahman in Dhanmondi-32.
“Sanctions have been imposed, and the government has replied to that through official channel. This is not a challenge (for us),” he said, adding that the elite force would continue to play its role by maintaining law and order and tackling militancy, terrorism and drug.