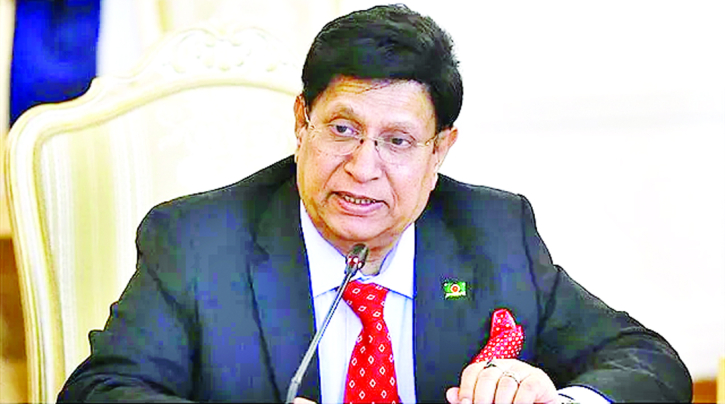 Foreign Minister Dr AK Abdul Momen on Saturday appreciated the efforts made by the Foreign Office Spouses’ Association (FOSA) which hosted a daylong "International Charity Bazaar" at the Foreign Service Academy.
“I am very proud of them. Every year, they are coming up with more innovative ways of doing it,” he said.
Momen said the FOSA members spent plenty of time in organizing a series of events and assured them of extending support from his Ministry to organize such events in a larger way. Describing the FOSA as very vibrant, the Foreign Minister said they have also published books. “They have done a wonderful job.”
Momen said the event has brought together not only the Foreign Service officers' spouses but also dignitaries from the foreign missions stationed in Dhaka where they set up their own stalls to project their culture and projects. “These are all about charity. Charity always goes a long way (in terms of return),” he said, adding that all proceeds from the Bazaar will go to charity.
Around 26 Bangladeshi boutiques featuring Jamdani Saree, jute products and home decor took part at the event.
Foreign Missions based in Dhaka including India, Turkey, Thailand, Russia, Indonesia, Pakistan, Palestine and Vietnam also joined, according to the Ministry of Foreign Affairs.
Foreign Minister Momen together with his wife Selina Momen, chief patron of FOSA, inaugurated the daylong Charity Bazaar on Saturday morning.
Foreign Secretary Masud Bin Momen, his wife and FOSA President Fahmida Zebin Shoma, Secretary (Maritime Affairs Unit) at the Ministry of Foreign Affairs Rear Admiral (Retd) Md Khurshed Alam, Secretary (West) Shabbir Ahmad Chowdhury, Secretary (East) Mashfee Binte Shams, diplomats stationed in Dhaka and FOSA family members were present.