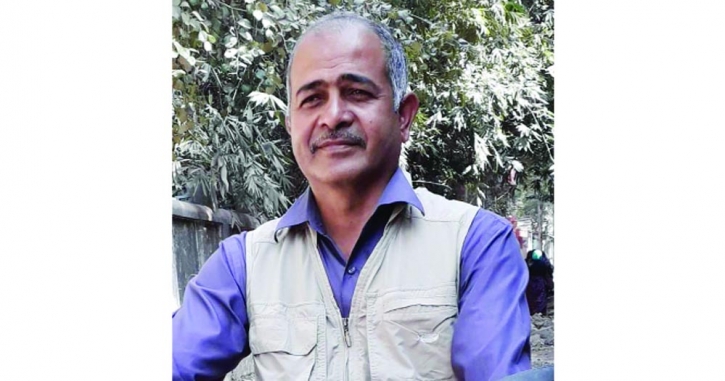 Raghunath Kha, a journalist from Satkhira, who was earlier reportedly picked up by plainclothes law enforcers, has been shown arrested in two cases filed under the Explosive Substances Act and Extortion Act. Lal Chad, sub-inspector of Debhata police station, filed a case against three named and 19 unidentified people including Raghunath on charge of sabotage on Monday, said Sheikh Obaidullah, officer-in-Charge of (OC) of the police station.
He said three people including Raghunath were arrested from Satmora area in Debhata's Khalishakhali on Monday evening. Two other arrestees are Rezaul Karim of Dhebukhali village of the upazila and Lutfar Rahman of the Chaltetla area.
Besides, another case has been lodged against Raghunath on charge of extortion, said the OC, adding that he will be sent to jail today.
Raghunath Kha, a local correspondent of Dainik Projonmo Ekattor and Deepto TV, was reportedly picked up by law enforcers in plainclothes on his way home from an assignment on Monday.
Manabadhikar Shongskriti Foundation, a human rights organisation headed by noted activist Sultana Kamal, expressed deep concern over the incident and demanded the immediate release of Raghunath.
It said the journalist went to the Khalishakhali area for professional purposes and captured some photos.
The law enforcers in plainclothes intercepted him on his way back at Day Night College roundabout and took him away.
On information, the victim’s wife Supriya Rani rushed to the concerned police station but they denied the detention till 11pm on Monday.
Later at night, she came to know that her husband was arrested in a sabotage case.