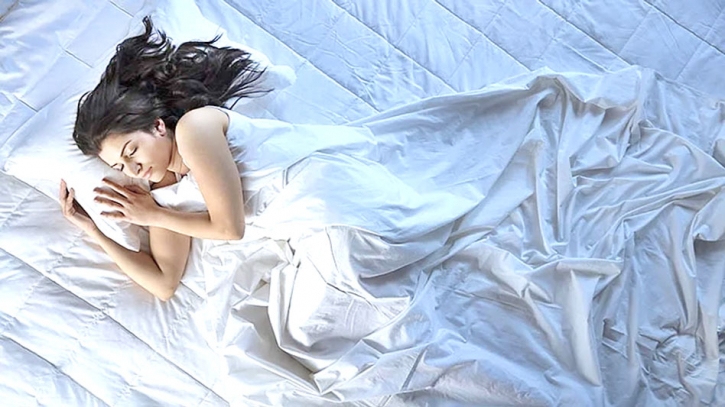 According to new research, napping frequently is linked to increased risks for high blood pressure and stroke.
The findings of the study were published in Hypertension, a journal of the American Heart Association. Researchers in China examined whether frequent naps could be a potential causal risk factor for high blood pressure or stroke. This is the first study to use both observational analysis of participants over a long period of time and Mendelian randomisation -- a genetic risk validation to investigate whether frequent napping was associated with high blood pressure and ischemic stroke.
"These results are especially interesting since millions of people might enjoy a regular, or even daily nap," says E Wang, PhD, MD, a professor and chair of the Department of Anesthesiology at Xiangya Hospital Central South University, and the study's corresponding author.
Researchers used information from UK Biobank, a large biomedical database and research resource containing anonymised genetic, lifestyle and health information from half a million UK participants. The UK Biobank recruited more than 500,000 participants between the ages of 40 and 69 who lived in the United Kingdom between 2006 and 2010. They regularly provided blood, urine and saliva samples, as well as detailed information about their lifestyle.
The daytime napping frequency survey occurred 4 times from 2006 -- 2019 in a small proportion of UK Biobank participants. Wang's group excluded records of people who had already had a stroke or had high blood pressure before the start of the study. This left about 360,000 participants to analyse the association between napping and first-time reports of stroke or high blood pressure, with an average follow-up of about 11 years. Participants were divided into groups based on self-reported napping frequency: "never or rarely," "sometimes" or "usually." The study found a higher percentage of usual-nappers were men who had lower education and income levels, and reported cigarette smoking, daily drinking, insomnia, snoring and being an evening person compared to never or sometimes-nappers. The study also found that when compared to people who reported never taking a nap, people who usually nap had a 12 per cent higher likelihood of developing high blood pressure and 24 per cent higher likelihood of having a stroke.  Participants younger than age 60 who usually napped had a 20 per cent higher risk of developing high blood pressure compared to people the same age who never napped. After age 60, usual napping was associated with 10 per cent higher risk of high blood pressure compared to those who reported never napping. About three-fourths of participants remained in the same napping category throughout the study;
The Mendelian randomisation result showed that If napping frequency increased by one category (from never to sometimes or sometimes to usually) high blood pressure risk increased 40 per cent. Higher napping frequency was related to the genetic propensity for high blood pressure risk. "This may be because, although taking a nap itself is not harmful, many people who take naps may do so because of poor sleep at night. Poor sleep at night is associated with poorer health, and naps are not enough to make up for that," said Michael A Grandner, PhD, MTR, a sleep expert and co-author of the American Heart Association's new Life's Essential 8 cardiovascular health score, which added sleep duration in June 2022 as the 8th metric for measuring optimal heart and brain health.
"This study echoes other findings that generally show that taking more naps seems to reflect increased risk for problems with heart health and other issues," he added.
Grander is director of the Sleep Health Research Programme and the Behavioural Sleep Medicine Clinic and associate professor of psychiatry at the University of Arizona in Tucson.
The authors recommend further examination of the associations between a healthy sleep pattern, including daytime napping, and heart health.
The study has several important limitations to consider. Researchers only collected daytime napping frequency, not duration, so there is no information how or whether the length of nap affects blood pressure or stroke risks. Additionally, nap frequency was self-reported without any objective measurements, making estimates non-quantifiable. The study's participants were mostly middle-aged and elderly with European ancestry, so the results may not be generalizable. Finally, researchers have not yet discovered the biological mechanism for the effect of daytime napping on blood pressure regulation or stroke.